2011 HIGH QUALITY CALENDARS TO SELL ON MY NEW SITE 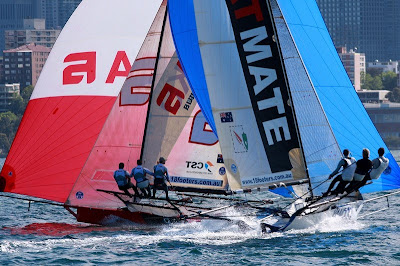 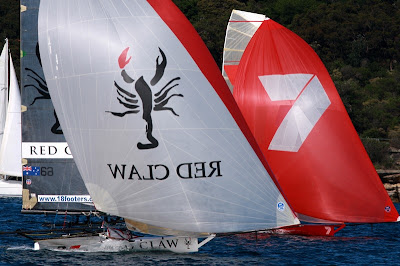 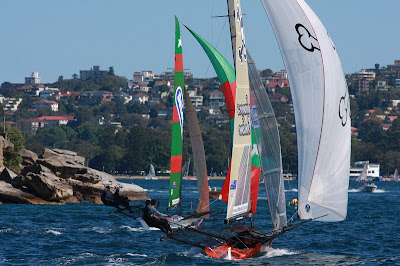 De’Longhi took the race by 1m58s from Matt Searle, Archie Massey and Mike McKenzie in Red Claw, with Gotta Love It 7, Seve Jarvin, Sam Newton and Scott Babbage, a further 1m12s back in third place.

The race got off to a false start when the original race was set for a west course, in very light winds.

A lack of wind halfway up the windward leg, then a massive wind change to a north east sea breeze saw the starter abandon the race a reset a north east course.

Panasonic (Jonathan Whitty, Paul Montague and Nathan Wilmot) grabbed the lead soon after the start but it wasn’t long before Gotta Love It 7 was leading the fleet to the 3-buoy windward mark.

De’Longhi was favoured by going to the red buoy, which allowed her to lead appliancesonline.com.au (John Winning Jr., Euan McNicol and Peter Harris) as spinnakers were set for the first run.

Pure Blonde (James Francis) was in third place just ahead of Jeremy Wilmot’s Boatmate, followed by Gotta Love It 7 and Thurlow Fisher Lawyers (Michael Coxon), which had to go to the furthest white buoy.

These positions remained unchanged at the wing mark but Boatmate dropped the pace on the spinnaker run between Shark Island and Clarke Island.

It was a great effort for the boys on Boatmate who only took the boat over during the week and were having their first race.

De’Longhi retained her lead on the second windward leg and further increased the lead over appliancesonline through the 3-buoys system.

Red Claw was another to gain from the system and took over third place ahead of Gotta Love It 7, Thurlow Fisher Collect (Mark Kennedy), with Sharks-Coldwell banker Real Estate (Evan Walker), Pure Blonde and Thurlow Fisher Lawyers grouped together.

De’Longhi increased her lead to more than one minute and the end of the second lap and was totally untroubled to go on to an easy victory on the final lap of the race.

Four photographs are attached along with the result sheet.

More photographs from today’s race will be published on http://www.flying18s.com/index.php?p=1_4 and www.18footers.com.au.

Next Sunday’s race is the Mick Scully Memorial Trophy.